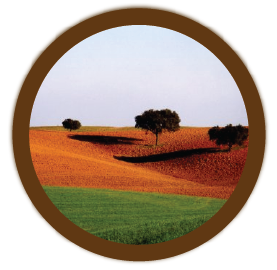 Cork was first used over 3,000 years BC, in Asia as floating in the fishing gear, in Egypt in ancient sarcophagi, in Pompeii as seal anchor and in ancient Greece in containers of wine and olive oil. The first reference to the use of cork stoppers is due to D. Perignon, monk of the Abbey of Hautvillers, responsible for the vine and wine and creator of the sparkling of Champagne, that took the initiative of bunging the extremely famous wines of Champagne with cork from Catalonia, thus abandoning the old custom of using a wooden pin as seal.

The evolution of the stoppers is closely linked to the evolution of the bottles. When the first bottles appeared, these were used in apothecaries. The industry of cork stoppers began around 1750 in Angullane, Catalonia, Spain. Some years later the industry was developed in Portugal, taking as a starting point Santiago do Escoural, nearby Montemor-o-Novo. However, Portugal just took over as the leading producer of cork stoppers from the 1930s, of the 20th century (António, N. C., 2001).

Currently Portugal is the largest producer, processor and exporter of cork , emphasising the following:

I. The national row of the cork sector accounted, in 2010, about 1.5% of national industrial output and about 2.1% of national exports;

II. Major end products derived from cork, stand out the cork stoppers and the building materials (coatings and insulation);

III. The competitive structure of the industry is very different from stage to stage of the value chain, and even within some stages there are major differences, depending on the product market in analysis.

The area of cork oak in Portugal has remained practically unchanged in the last 50 years, and it presents evidence of, in a medium-term and without considering demand structural changes, ultimately decrease. On the other hand, the cork oak property is too fragmented, and the quality of cork oak forests is significantly below the quality of most of the remaining forests.